SWOT Analysis Of Under Armour analyzes, Under Armour, Inc. is a developer, marketer and distributor of branded athletic performance apparel, footwear and accessories. The Company’s principal business activities are the development, marketing and distribution of branded performance apparel, footwear and accessories for men, women and youth. Its revenue contributions from North America were approximately 76.5%, and 8.7% for Asia Pacific. In its quest to make T-Shirts of the highest quality that are lighter, dryer, and more comfortable for athletes, the company has been unbeatable. The North American revenue contribution fell to 69% in FY2019. Revenue from Asia-Pacific rose to 12%. The company employs 15,000 people as of 2018. In 2020, the number of employees grew to 16,400.

Under Armour’s first product placement in a film was a jockstrap, and it was seen in the 1999 movie “Any Given Sunday.”

Under Armour was founded in 1996 by Kevin Plank, a former University of Maryland football player-turned-entrepreneur who was tired of sweating through his T-shirts at practice. Plank set out to create moisture-wicking sports apparel that would keep athletes cool and dry while they exercised. The products can adapt to changing weather conditions. Under Armor is the world’s largest digital fitness and health company thanks to its international reach and evolutionary transformation.

This can only be achieved through a firm with extensive knowledge, experience, and innovative strategies. To determine the strengths of the company potential, weaknesses, opportunities, and threats, it is necessary to conduct a SWOT analysis by Under Armour. 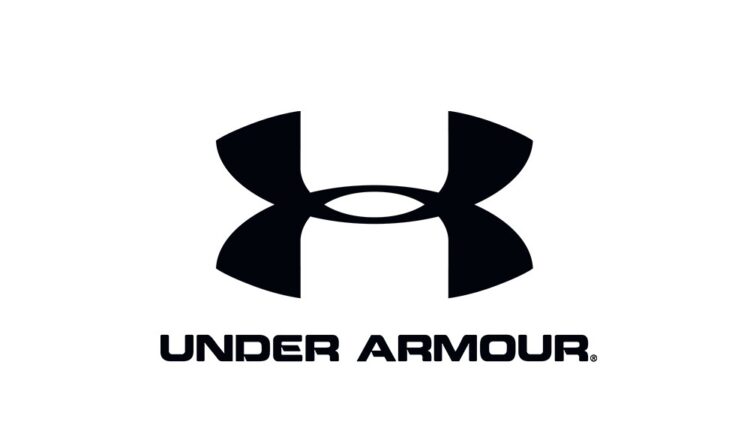 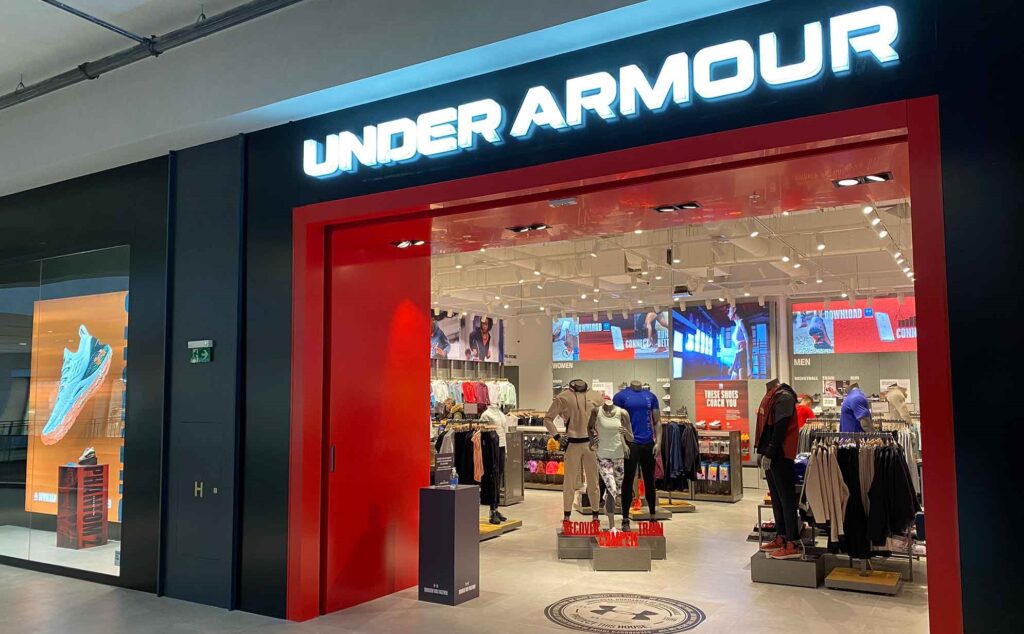 1. Portfolio: Under Armour has a broad product range that has helped to strengthen its position. The company does not depend on any one product. The company’s growth has included more than just footwear. It also includes accessories and apparel. Its extensive product range eliminates the possibility of failure. This ensures that the company has a high sales ratio and continues to grow. From 2016 to 2017, the revenue for apparel was 67% and for footwear, it was 21%. Total net revenue for FY2019 was $5.3 billion. $3.47 Billion from apparel, $1.086 Billion from footwear and approximately $400 million from accessories.

2. Distribution Networks: Under Armour’s rapid growth has amazed investors. This was possible because of its innovative strategy of operating through multiple distributor networks. 31% of the company’s revenue came from direct sales to consumers, while wholesale distribution accounted for 65%. The company sells its products through licensing in certain countries. These operational modifications have allowed the company to grow globally.

3. Digital Apps: Under Armour has adopted digital transformation using apps like MapMyFitness and MyFitnessPal, which are calorie and nutrition apps. Endomondo is a fitness app maker. This has allowed it to increase its revenue potential and allow it to diversify its resource base, as well as continue its transformational industrial potential.

4. Brand recognition: Under Armour was voted the 5 most valuable brand in 2017. Its brand recognition allows it to build authenticity and trustworthiness similar to Nike. Investors who now invest in the company are free from doubts.

5. Under Armour Announces E-Commerce: The launch of an new ecommerce site in North America will be the first step in its transformation efforts. After a successful trial in the EMEA region, this site will be launched in North America.

1. Limited Operating Presence: The company is still young and has a very limited presence on international markets. 83% The company’s revenue comes from its North American branches, which means it is completely dependent on American markets. It is yet to grow and generate the same revenues in international markets. This is essential to ensure the company’s continued growth. North America was responsible for approximately 65% of the total sales in Q1 2020. The revenue from North America fell 28% to $609million, compared to a drop of 12% in international sales. Under Armour’s dependence on North America led to an increase in net revenue of $1.20 billion to HTML930.2 million in Q1 2020. This represents a 23% decrease.

2. High Investment Cost: Under Armour took a chance with its high level of investment in the last three years. It spent $847, 477,000, $153, 312,000 and $153, 312,000 in the past two years. The company’s 2017 restructuring plan has increased its spending and will result in more expenses. If it generates more revenue, this investment is a positive. It does however limit its ability to acquire new companies and generates less revenue.

3. Slow Ecommerce Adoption: Under Armour’s slow e-commerce adoption is a significant disadvantage to its competitors. It is difficult for its core customers to switch to ecommerce because they are used to making in-store purchases and receiving slow payments. Customers aren’t willing to pay full price, so its recent ecommerce efforts failed.

4. Poor Expansion Strategy: Under Armour emphasized direct-to-consumer growth as the long-term opportunity for its long-term growth, rather than online sales. The company invested in new stores including a flagship store in New York, but then pulled out of the deal. This strategy was ineffective as demonstrated by the 2020 events. This strategy contributed to a 23% decline in sales and 40% respectively in Q1 2020 and Q2 2020. 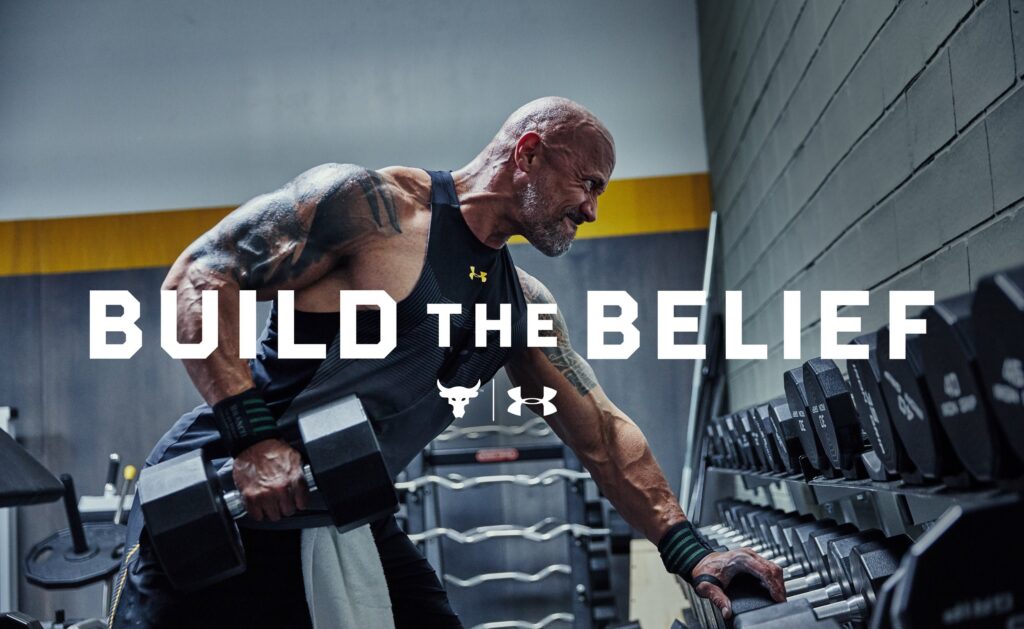 1. Introduce New Products: Under Armour is proud of its innovative All products it has created since its inception are technologically advanced. It has the ability to offer better products and make necessary modifications. The company will be able to attract more customers and make extensions to its product line. This will help it in the long-term. Under Armour’s latest innovations include the HOVR Breakthru basketball shoes for women and the M+MI line. Both were released in September 2020.

2. Collaboration: Under Armour began collaborating with Kohl’s in 2017, when Kohl’s first started selling its merchandise. According to Kohl’s CEO Kevin Marshall, the cooperation was a success. Although many established department stores, such as Dillard’s or Macy’s carry Under Armour products in their stores, there are still retailers like J. C. Penney who don’t sell the brand. To expand its reach and increase revenue, Under Armour should look into more partnerships and collaborations.

3. International Markets: International markets offer Under Armour a lot of potential for sales growth and new customer acquisition. In the second quarter 2017, sales increased by 57% This is a sign of a bright future. The United States contributed 69% to its FY2019 revenue, followed by 12% from EMEA, Asia-Pacific and Asia-Pacific. Latin America contributed only 4%. The Asia-Pacific region experienced the highest growth with net revenues rising by nearly $80 millions.

4. Women’s Apparel: Despite all the uncertainty in 2020, sales for UA activewear apparel rose 77% in the United States from January through May 2020 compared to the same period last year. Online sales of women’s apparel increased by 214% in Q1 2020. There was a 46% increase in girls’ items. These numbers highlight the enormous potential of women’s apparel.

1. Political Polarization: The Trump administration caused a recent controversy. After initially supporting Donald Trump, CEO Kevin Plank decided to withdraw. This has hampered the company’s ability to work in the face political polarization .

2. More competition; Major competitors Nike and Adidas have better brand recognition and more operational experience overseas. This has enabled them to build a stronger customer base which could pose a threat to Under Armour’s future working abilities.

3. Product Capabilities: Experts have criticized Under Armour’s chin straps, and athletic cups for causing potential injuries. These products can cause injury and damage to the brand’s reputation, which could lead to endorsements.

4. Market Uncertainties: The recent events have ravaged Under Armour’s revenues. The quarter ended June 30th saw its net revenue drop by 41%, to $707.6 millions, while wholesale business revenue fell by 58% and direct-to consumers sales dropped only 13%. If uncertainties persist, Under Armour loses even more.

5. Federal Investigations: Kevin Plank (founder and former CEO, Under Armour) is under investigation for violation of federal securities laws. The founder was forced to resign as a result. The ongoing investigations and the final rulings could have a negative impact on Under Armour’s operations as well as its financial health.

This is the SWOT report that Under Armour has done. Please let us know if you have additional suggestions to add.