SWOT Analysis Of Axis Bank analyzes, Axis Bank is the third-largest private sector bank in India. The international offices focus on Corporate Lending, Trade Finance, Syndication, Investment Banking, and Liability Businesses. Axis Bank is one of the first new-generation private sector banks to have begun operations in 1994. It sells financial services to large and mid-size companies, SMEs and retail businesses. As of 30 June 2016, 30.81% of shares are owned by the promoters and the promoter group.

Axis Bank is one of the first new generation private sector banks to have begun operations in 1994.

The first branch of Axis Bank was inaugurated on 2 April 1994 in Ahmedabad by Manmohan Singh, then finance minister of India. In 2001 UTI Bank agreed to merge with Global Trust Bank, but the Reserve Bank of India (RBI) withheld approval and the merger did not take place. Axis Bank has achieved consistent growth and stable asset quality with a 5 year CAGR (2009-13) 37% in Net Profit with a balance sheet size of Rs. The Bank has a network of 2225 branches and extension counters and 11796 ATMs and 7 International countries.

This can only be achieved through a firm with extensive knowledge, experience, and innovative strategies. To determine the strengths of the company potential, weaknesses, opportunities, and threats, it is necessary to conduct a SWOT analysis by Axis Bank. 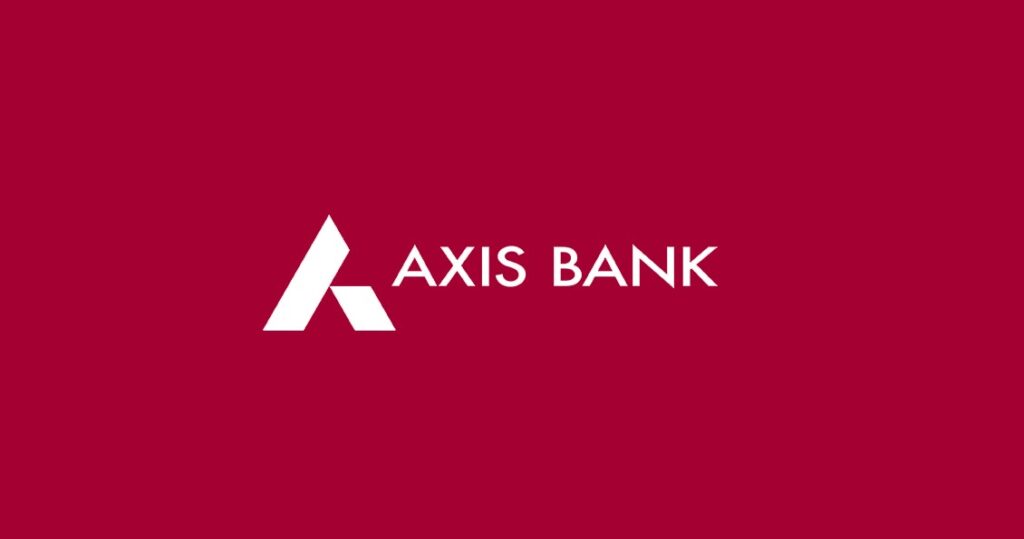 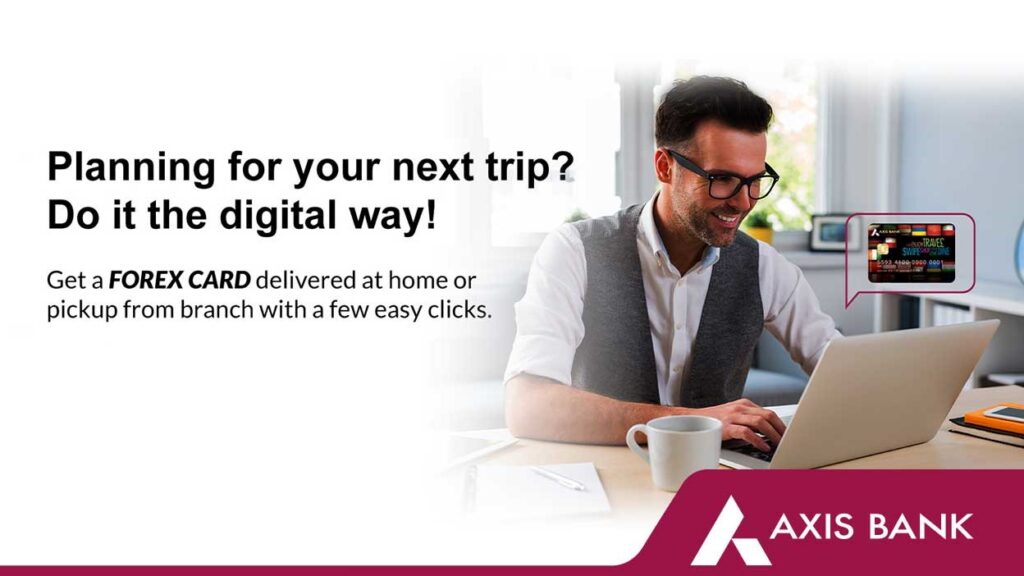 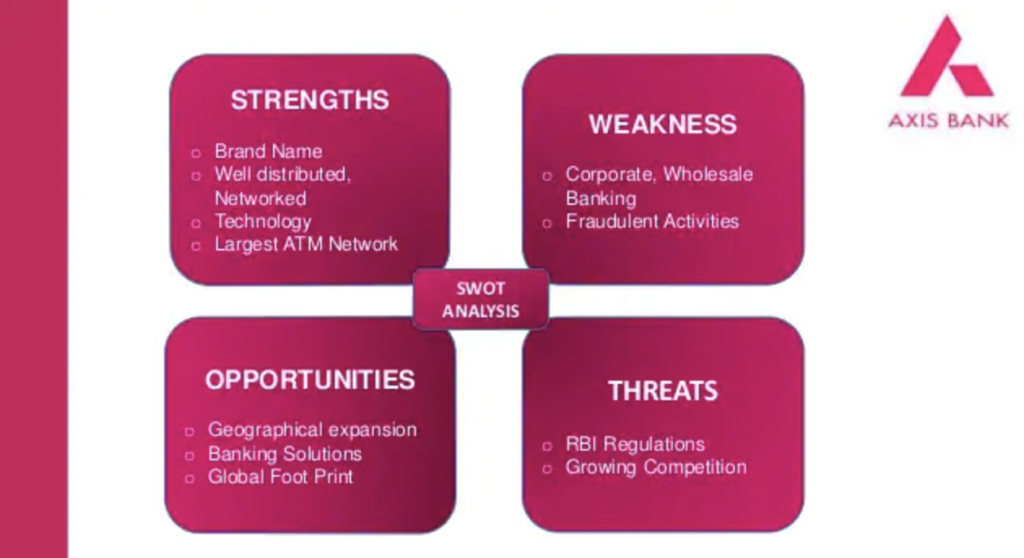 This is the SWOT report that Axis Bank has done. Please let us know if you have additional suggestions to add.