SWOT Analysis Of Macy’s analyzes,, Macy’s has stood the test of time through thick and thin to become the largest US department store by retail sales. With over 160 years of operation under its belt, we can learn a lot from Macy’s SWOT analysis.

Did you know? Macy’s Director, Margaret Getchell, was one of the first female executive positions in American retail, making Macy’s among the very first stores to employ a woman in an executive role?

Macy’s is an American department store that was formed during the year 1858 and is headquartered in New York, United States. It is a prominent retail industry that deals with various products like clothing, footwear, furniture, accessories, bedding, jewelry, beauty products, and housewares. Macy’s is the largest US department store by retail sales and a mid-range chain of department stores.

This can only be achieved through a firm with extensive knowledge, experience and innovative strategies. To determine the strengths of the company potential, weaknesses, opportunities and threats, it is necessary to conduct a SWOT analysis by Macy’s. 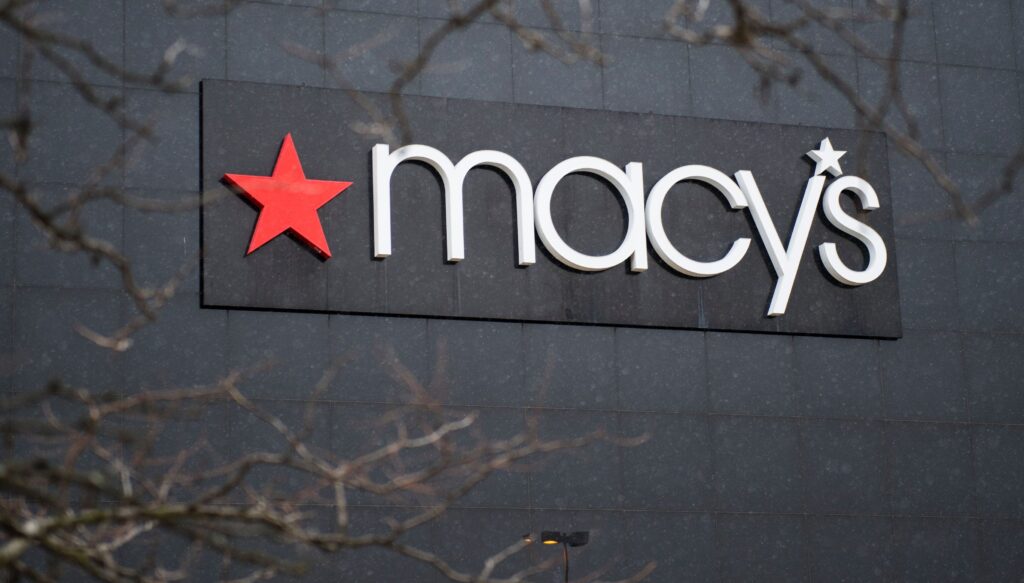 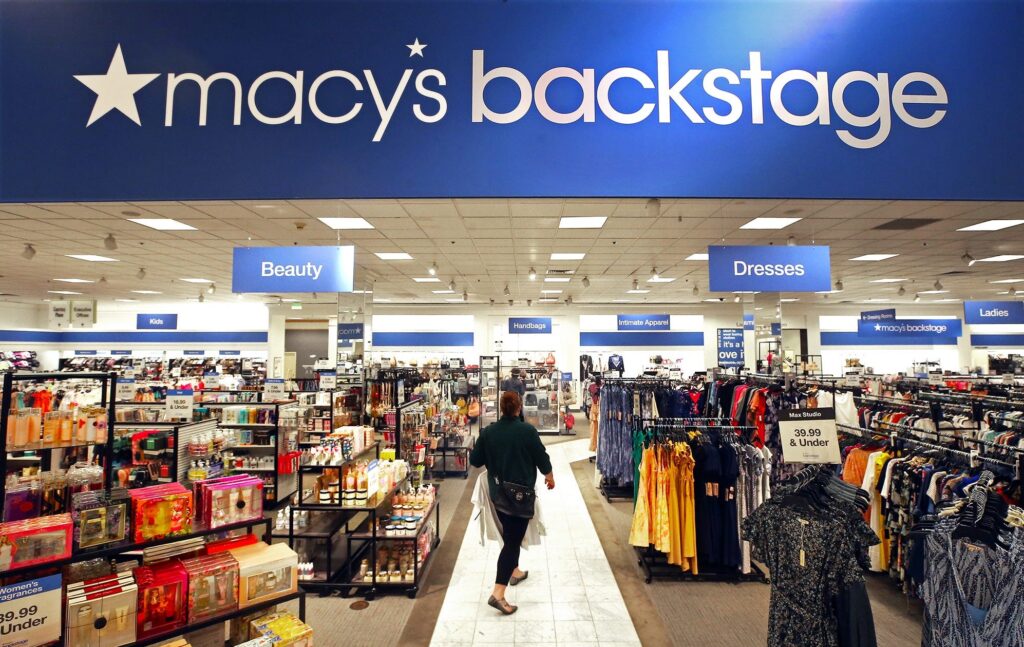 1. Large Varieties: From apparel to accessories cosmetics, fragrances, cosmetics furniture, home decor, and many other items for the consumer market, Macy’s offers a wide selection of merchandise for women, men, and kids. The range of products offered by the company comprises Macy’s, Bloomingdale’s, and Blue mercury.

3. A prestigious brand: Since its founding, Macy’s operations were driven by strategies that were centered around customers. This has enabled the business to create a powerful and reliable brand. Macy’s was ranked at 120 1st by Fortune in the Fortune 500 Companies.

4. Strong Sales from e-Commerce: With more and more customers prefer shopping online, any business which successfully implements online shopping will have an advantage over its competitors. Macy’s e-Commerce adoption has helped increase its profits through online sales.

5. Affordable Marketing: Although other corporations pay millions of dollars for a small advertisement in stadiums Macy’s offers their own Thanksgiving Day Parade that surpasses even that of the Super Bowl. It’s grown to be an event of culture and as a marketing tool.

6. A huge investment in Automation: Macy’s increased its automation to improve its efficiency. Cost-effectiveness, efficiency in operation, flexibility, and greater efficiency that automation can bring will give Macy’s advantages over its competitors.

7. Household name: Macy’s has become a well-known household name that is associated with the retail of clothing across the globe. The fact that it is an iconic known brand offers enormous benefits, especially when it comes to marketing.

1. poor management: Whatever the kind of business or industry managing poorly is one of the biggest weaknesses. Macy’s management has made numerous wrong decisions and has not followed the most effective strategies. For instance it is unclear if the execution of the Polaris Plan is yet to be completed despite the fact that they claim it will streamline operations.

2. low presence: Macy is a global retailer but has a very minimal presence in every region, and some nations have just one to two locations. The situation is further aggravated by the economic difficulties caused by the virus that has forced Macy’s to shutter about the 125 stores in the US.

3. Failed Expansion: When a business commits to expanding into a new region or country and then cancels plans at the at the last minute, it damages the trust of potential customers and causes them to be disappointed. Customers within the UAE were eagerly awaiting Macy’s to arrive. Macy’s however, the retailer has pulled from the Abu Dhabi expansion.

4. Degrading Quality of Service: Macy’s rapid expansion across the US went out of control. It made its resources extremely thin and many stores  were sloppy and ineffective. Staffing for the stores was an issue, which led to a decrease on the level of service provided to customers.

5. Emotional Disconnect: The rapid adoption of technology and automated services has led to a rise in discontent in customers because machines and apps take over smiles and warm face and smiles provided by humans. Macy’s is losing its human touch quickly.

6. Dependence too much on US Market: Macy’s is heavily dependent in the US market which makes it more vulnerable to negative socioeconomic challenges. Floyd’s murder Floyd caused massive protests throughout the US and also gave criminals the chance to take the flagship Macy’s location within New York City. 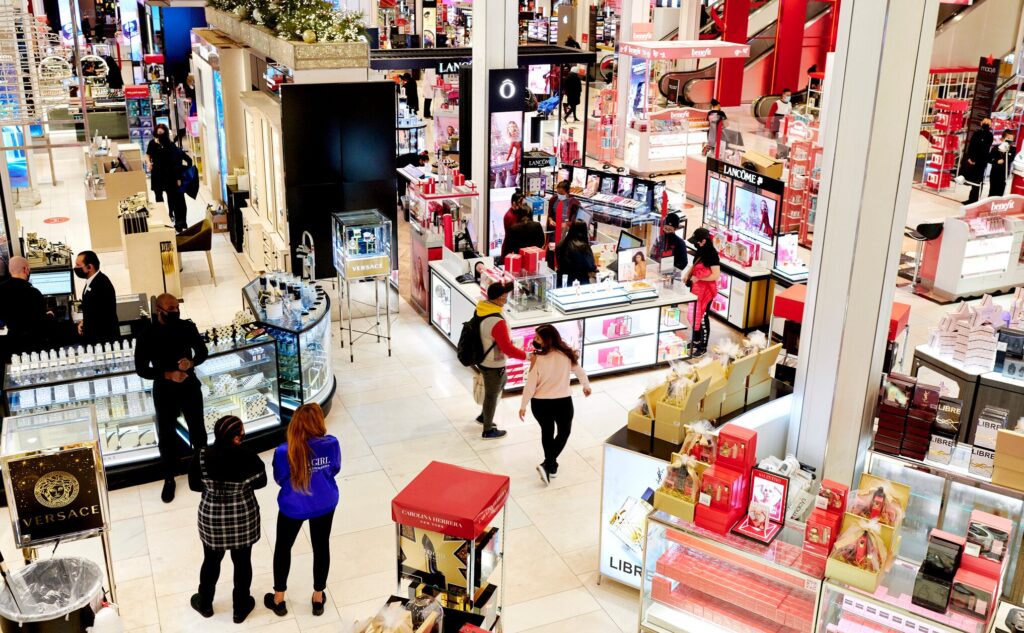 1. Enhance Global Presence: Selling services and goods to the global market has many opportunities and advantages. Macy’s must shift on its plans towards modernizing its the department store and focus on strengthening the global reach of its business.

2. Expand Sales on e-Commerce: Even although Macy has seen huge successes in the use of e-Commerce, there’s opportunities to expand sales on the internet. Expanding sales on e-Commerce is Macy’s the greatest potential for growth.

3. Diversify Products: Macy’s offers sportswear, clothing shoes cosmetics, fragrances, brands of designer clothing, and accessories. The company is able to Diversify to other markets such as second-hand clothing or stay clear of clothing, such as those in the field of nutrition.

4. Focus on Emerging Markets: The demand for luxury goods and designer brands that are high-end is rapidly growing in Emerging economies of Africa , Asia, and Latin America. Focusing on emerging markets , Macy’s can experience tremendous growth.

5. Expand through mergers and Acquisitions: Mergers and acquisitions provide an opportunity to rapidly expand into a new sector or market. After a period of stagnation in innovation, Macy’s acquired Story to develop innovative ideas. The same thing can happen time and again.

1. Global Recession: As the pandemic has devastated economies across the globe and caused global economic collapse, the global recession is on the horizon. It is already happening. Macy’s has plans for Scale down and become the size of a small business Based on the prediction that it could suffer more than one billion dollars in losses.

2. Declining Retail Sector: Apocalypse in the world of retail and many retailers like Macy’s have experienced declining sales and profit margins forever the last five years . If the declines streak continues, Macy’s profitability and long-term sustainability There is a lot waiting to be rescued.

4. Trade Pressures: Trade is affected by a myriad of interconnected and complex topics like trade wars, politics, economics as well as other. Over the last three years, the majority of these elements were impacting trade negatively. In 2019, Macy’s stock dropped by 50 percent. because of world trade tensions.

5. Uncertain dates: Scientists believe that another round from the disease is likely. Macy’s had already suffered losses of $1.1 Billion because of this lockdown and is likely to become too fragile to endure endless lockdowns, and a decline in sales. 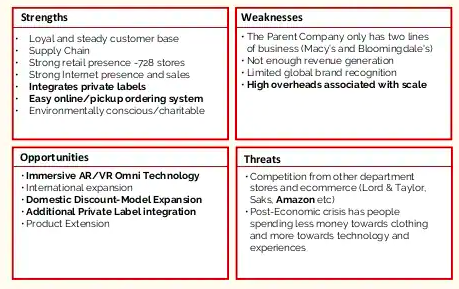 This is the SWOT report that Macy’s has done. Please let us know if you have additional suggestions to add.